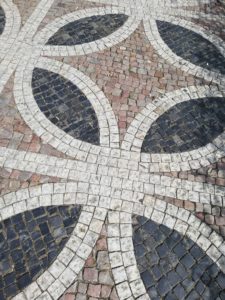 The swine, the pig, is the image of that which one ought not to be, and ought not to behave. Nobody wants to be compared to the swine, not even the abominable Nazi. “Hang the bloody swine,” Hitler is said to have exclaimed about his former private doctor at the final stages of the war.

“Vote in the church election – or any pig may win, and anything may happen,” a political youth organization’s slogan stated before the church election, in a 2004 campaign illustrated by a picture of a pig clad in Hitler moustache.

“Men are animals,” said the chairwoman of the country’s rescue centres for women and children who have been beaten up by their male relatives, in an uppercut a year ago. In World Cup-Germany, a Swedish weekly paper directed a well-meaning campaign against trafficking and brothels: “Don’t be a pig”.

Presumably, few pigs have incited mass murder on members of their own species (nazism/racism) or practised systematic denigration of their own with reference to gender (sexism). Rather, these acts seem to be specifically human; to strive to prevent and work against.

Parables in Western societies have played a significant role as a linguistic tool to subordinate humans. Humans on other continents were said to be animals, or like animals. Women, workers, the functionally divergent, children were perceived to be more closely related to animals, and, like animals, were thus expected to be subservient.

These groups differed from the norm of the fully valued human-male in power position and could be treated as animals were already treated (forced labouring, unilateral usage, slavery, or eradication). The relation to the animals, nota bene, not the animals themselves, constituted a model for how humans may or ought to shape their interpersonal relationships.

“Don’t be a pig.” Don’t be an animal. Don’t be like an animal. The Swedish paragraph against hate speech does not include animals, however it most probably ought to.

Each time the image of an animal is used for disparaging and stigmatizing purposes, whether it is righteously pointed upwards, or abominably downwards, the historical model for dominance and division of humanity is made invisible. Each time this image is used deprecatory, the factual conditions of animals are overlooked, even though these conditions comprise the very prerequisite for the disparaging to be effective.

Which is the reason for, presumably, not even pigs wanting to be “pigs”. Which is the situation of our genetic relatives the pigs? How many know what it is to be a pig under human power? How many want to know?

Since the human being is an animal as well, the animal image, used as a weapon, constitutes, and expresses, self-contempt.

A self-loathing hampering people from realizing that the blow with the already beaten is a threat against all subordinated. The choice of weapon, the animal, upholds the basic thesis of fascism; despise the dominated and those who have been dominated, and, in this way, maintain the fear of being weak, or the fear of being exposed as weak or vulnerable.

It exhorts: Support your own fear of weakness, deaden it with contempt: “Don’t be a pig”. When it ought rather say: Imagine the disadvantage (whoever it is). Imagine the pig.

Published in Aftonbladet Culture 24th of June 2006, translated from the Swedish