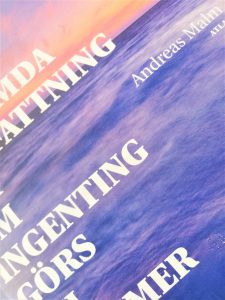 Malm’s book slows down the discussion simultaneously as it raises the level of emergency. It says: Let us start from the beginning and not exclude how deep the climate crisis is entrenched in our perceptions of life itself. It draws in the reader to share the fascination for natural science and the climate struggle on the side of the critical Marxist-Darwinists Stephen Jay Gould, Richard Levins and Richard Lewontins, writers who see the development as more interacting with the surroundings compared to the view of Richard Dawkin and his adapting genes.

Originally published in Aftonbladet Culture 2nd of November 2007, translated from the Swedish 29 May 2019